A BC REALTOR® that is doing IT different.

The housing market in Southern BC is slowing down and it’s due to a combination of events: stricter and tighter lending, speculation tax and increased interest rates are just a few to name. Please note that the Speculation Tax is different and additional to the Empty Homes Tax! Many people get this confused.

This blog will address the speculation tax that is in place, also known as the vacancy tax. What is it and who does it affect?

What is a speculation tax?

The provincial government of British Columbia has added a speculation tax in 2018 to ascertain that British Columbians can afford to live in their own province. There has been an uproar in the province about rentals, as many residents are left struggling to find a rental due to the near 0% vacancy rate in many cities.

The speculation tax was introduced to tax individuals and families, both foreign and domestically, that are purchasing and holding real estate in BC, speculating its massive future gain in value, but leaving them vacant. This affects the supply and demand of housing, especially rentals, as the supply is now limited, but the demand is steadily increasing, as people are displaced from their rentals once their home is sold to an investor that is speculating.

The tax and who it affects

If you own a home in the areas highlighted below and it is your primary residence, then you are not subject to the speculation tax. 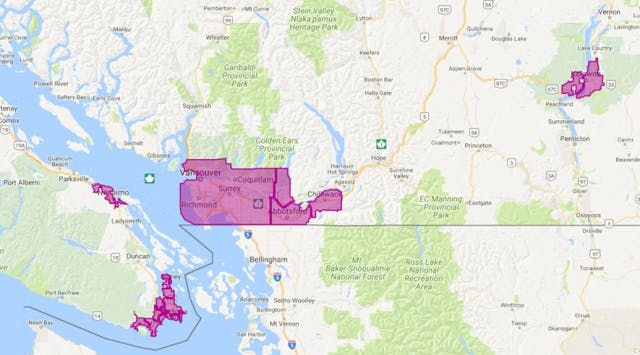 In 2018, if you own a second home within the areas displayed above and do not rent out the home for at least 3 months within the calendar year, you will be subject to a 0.5% tax.

In 2019, you will need to rent your home out for at least 6 months of the calendar year, not 3 months like in 2018. You may rent it out for short-term rentals, but the shortest rentalperiod must be 30 days or more, and in total, the house must be rented for 6 months. The tax rates will vary in 2019 as follows: